Eyes of the World

Eyes of the World

This series introduces five exceptional animals, each one embodying a special characteristic for which it was praised in the myths and tales of previous cultures. The coins manage to create intimate eye-to-eye contact with wonderful creatures such as the snake, owl, elephant, tiger and bear.

The eyes of the five animals featured in the series are resplendent on the reverse of the five different coins, each in its own shade of sublime Swarovski® crystal.

Unexpected encounters with wild animals could be traumatic events for prehistoric people and the sudden appearance of shining animal eyes in the dark a moment of terror. It is no wonder that animals featured prominently in their dreams or they thought that wild creatures had supernatural powers.

They imagined that animals had a special relationship with the gods and some even thought that animals were gods themselves. Prehistoric people admired and envied wild animals, studied their characteristics and hoped that they had skills and qualities that could be passed on to humans. 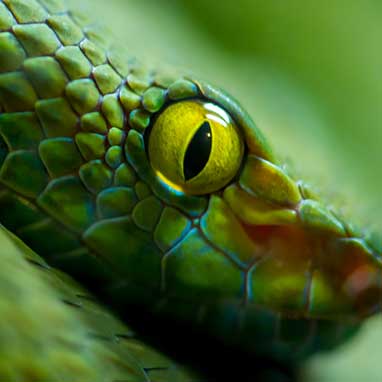 Eyes of the World Series subscription

Get each coin in this fascinating silver coin series with a series subscription.